Financial technology (fintech) has disrupted the asset management industry since the emergence of companies such as New York-based Betterment LLC (Betterment) and Cyprus-based eToro (Europe) Ltd (eToro) over a decade ago, offering retail investors a new alternative for exposure to stocks, bonds and derivatives. 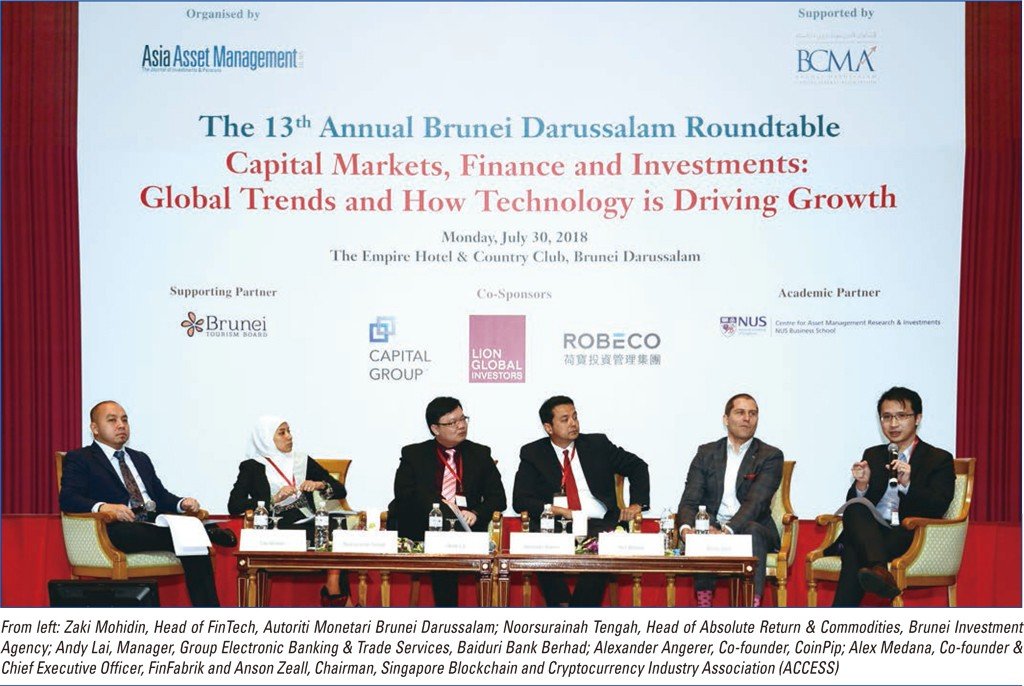 Betterment works as an automated investment service. Customers are asked questions and their answers are then used to build custom-designed portfolios based on their investment profile and risk appetite. The portfolios, which don’t require to be managed by customers, typically comprise mostly exchange-traded funds (ETFs). But customers can change their investment goals or objectives, which may lead to reconstruction of the portfolios. 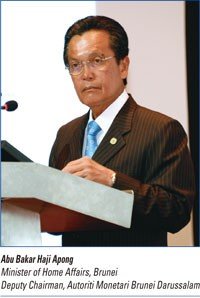 By contrast, eToro does not help customers invest or manage their portfolios. It’s a social trading and multi-asset brokerage company that allows retail investors to have exposure to key blue chip stocks, commodities, stock indices, currencies and cryptocurrencies in a single platform. It currently has over six million customers.

Despite their popularity, these companies and their rivals only make up a relatively small share of the asset management industry. Betterment, one of the biggest digital asset managers in the world, had US$13 billion of assets under management as at March 31, 2018, compared to $6.3 trillion at BlackRock Inc., the world’s largest asset manager.

But the disruptive power of fintech upstarts cannot be underestimated and it was the subject of the recent Asia Asset Management (AAM) annual Brunei roundtable.

The 13th edition of the roundtable, held at the Empire Hotel and Country Club in Brunei on July 30, was themed Capital Markets, Finance and Investments: Global Trends and How Technology is Driving Growth. It was officiated by Brunei’s Minister of Home Affairs Abu Bakar Haji Apong, who is also deputy chairman of the country’s central bank. 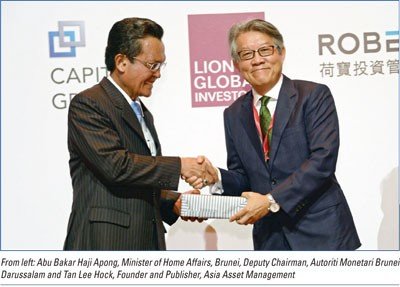 The first panel discussion at the roundtable, entitled Fintech and Blockchain: Issues, Opportunities and Challenges, offered delegates better understanding of how such disruptive technologies can play a role in the financial and investment sectors. 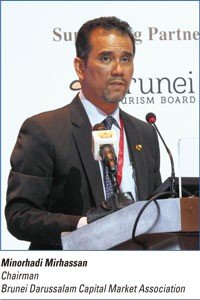 According to Ms. Noorsurainah, rapid technological changes are “revolutionising the way we live, work and play”.

“Today there are hundreds of start-ups trying to disrupt the banking and finance industry by changing the way consumers pay and borrow money,” she said, adding that technology giants such as Apple Inc. and China’s Alibaba Group Holdings “are trying to be early adopters and trying to define and shape the financial sector”.

Mr. Lai explained there is one key reason why fintech start-ups are leading innovation in the space. 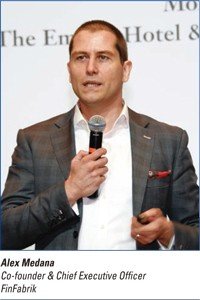 “One of the benefits for being a start-up is that they can create their own IT system from scratch. That’s very different from banks, as they have the system for 25 years,” he said. “For banks to move into the fintech world, banks will need a lot of capital expenditure to enhance the system.”

According to Mr. Angerer, fintech is mainly about “democratisation of finance”.

“That means, a bank that traditionally may not be able to provide bricks and mortar branches in some part of remote Southeast Asia, can now do so with fintech at a margin where they can make money,” he said.

He also described the “two conflicting objectives” of regulators: enabling consumers to have low cost financial services, and putting in place proper ‘know your customer’ and anti-money laundering processes.

“To pursue that traditionally, you want to have as few financial institutions as possible, so you can look into their databases. However, I believe that fintech ultimately allows you to achieve both objectives primarily through blockchain technology. At the same time, it allows the regulator to see who is behind the transactions and to trace all their previous transactions,” Mr. Angerer said.

Meanwhile, Mr. Medana said fintech firms may be perceived to be more successful than conventional financial services, partly because of the “fintech mindset”.

“It is because we try, we fail, we improve, and we get on with it,” he said, adding that regulators “are always willing to listen to fintech start-ups and allow them to explore new ideas”, as long they do this in a so-called sandbox where testing can be done securely.

“As long as we have the opportunity and ability to fail in a sandbox, I can fail as much as I like. However, a bank cannot do that because of reputation risks,” he said.

Mr. Zeall described China as a “success story in the fintech space”.

“If you go to a train station, you will see everyone with their heads down and looking at their mobile phones. Yes, we see that in the US or Singapore, but they do that mainly for text messaging,” he said. “In China, they make payments, they buy insurance, they are borrowing money using their phones.”

“In Shenzhen, you will even see beggars holding up QR-codes,” he added.

Mr Zeall said one of the biggest benefits of cashless transactions is that they can be easily tracked.

As for blockchain, he noted that people can easily download the transaction database.

“So, if my own database is hacked, the network will still be fine. The whole idea of blockchain is that it cannot be shut down because it has no central node,” he said.

Another key panel discussion at the roundtable was on Infrastructure Financing: The Opportunity in ASEAN, moderated by Maz Khairunnisa Mohidin, a manager in the capital market division of the Brunei central bank. 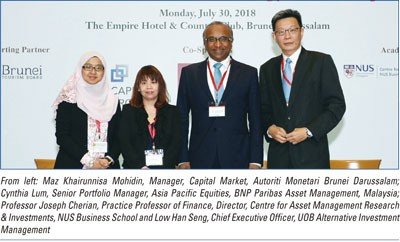 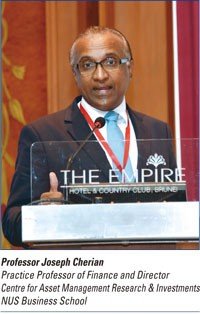 According to Mr. Low, “there is a bit of disconnect in the infrastructure financing space – whereby money being raised is not matched with the projects available”.

“A lot of people want to invest in these assets...The returns have been good... but good deals are hard to come by,” he said.

According to Ms. Lum, there have been “tremendous improvements” in infrastructure financing in Asia in recent years. Although governments have typically been the major source of funding because of the long-term nature of infrastructure projects, she said private sector participation has been increasing.

Prof. Cherian suggested that retail investors may be able to participate in such financing in future by leveraging on technology such as blockchain and digital tokens. But this would need government backing to be successful.

“If the government gets involved, people’s confidence in digital tokens would be higher,” he said. 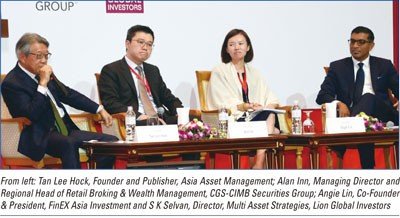 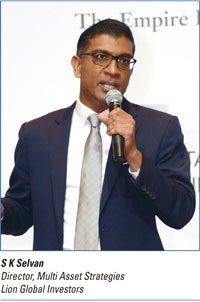 Asked to share their definition of the term ‘digital asset management’ Mr. Inn said it should mean that the entire process – from on-boarding customers to settlement – should be done digitally, without face-to-face interaction.

“Some wealth management houses may even take months just to on-board the customers,” he said.

Ms. Lin agreed that it’s not easy to define the term. “However, if you look at what is digital asset management about – it is actually a systematic way of monitoring, managing, upgrading and disposing assets in the most cost effective and efficient way,” she said. 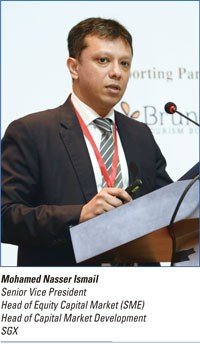 Although digital asset management technology is still new to the market, Mr. Selvan said that most of the brokers at his company are already investing in technologies such as artificial intelligence and machine learning.

In response to a question from Mr. Tan as to whether robo-advisory services will one day replace the roles of fund managers and mutual funds agents, Mr. Selvan said he does not see this happening in a significant way in the near term.

Ms. Lin added that it’s possible to build trust in the digital asset management as long as the process and the platform is transparent. She cited Alibaba Group Holdings’ e-wallet platform Alipay as an example of how a company builds consumer trust.

“Blockchain doesn’t create the trust, it makes the process more convenient,” she said.

According to Mr. Inn, the key to success in drawing millennials to adopt fund management services on a digital platform is to make the platform “idiot-proof”.

“The process needs to be straight forward and should be done in just a few clicks. Anything more than that, it could result in high drop rate,” he said.

There was also a panel discussion on Promoting Sustainable Investments and Shariah, moderated by Dr. Mohd Hairul Azrin Besar, a lecturer at University Brunei’s School of Business and Economics. 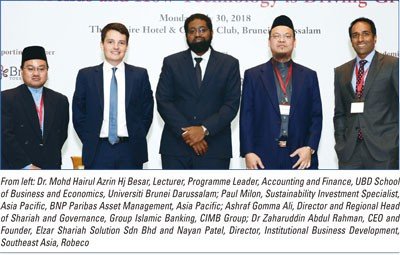 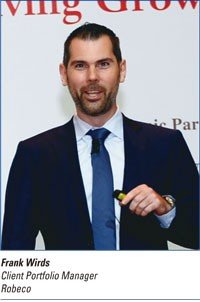 Mr. Milon said although sustainable investment is still a new subject in the region, there is increasing conversation about the subject.

“There are different approaches when it comes to sustainable investing, but at the end of the day, it is mainly about reducing risks,” he said.

The panellists agreed that more investor education and awareness campaigns are needed in order to grow awareness of the benefits of sustainable investing.

As for cryptocurrency investments, Mr. Patel said they have to be looked at on a case-by-case basis to determine if they are sustainable.

According to Dr. Zaharuddin, cryptocurrency investments may be forbidden under Islamic principles because they are backed by “nothing”. Nevertheless, he said it’s best that the Islamic finance industry does not ignore digital currencies. 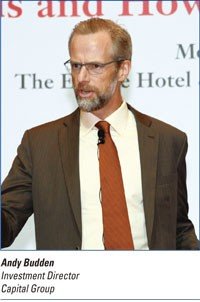 “I think the key is to try to harmonise it, and try to mitigate the harm of cryptocurrencies,” he said.

“Investors tend to be more successful when they are allocating to multiple factors,” he said.

Andy Budden, investment director of Capital Group, provided a presentation on the changing shape of global business. According to Mr. Budden, investors today have to look beyond “traditional boundaries to capture opportunities in the evolving world”.

“Investors can consider exposure to developing countries which are now both home to world class companies and an increasingly wealthy consumer base,” he said. 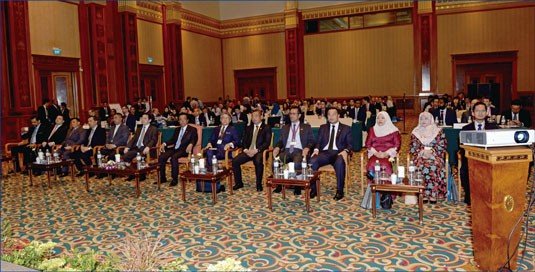