By Dr. Seen Meng Chew*
The potential for new opportunities in China

The world’s banking industry has stepped up its regulatory and compliance measures at an unprecedented scale since the 2008 global financial crisis (GFC). Leading banks such as HSBC, JPMorgan Chase & Co and others have hired numerous compliance professionals over the past decade and, according to a Financial Times report, they spend over US$1 billion annually on regulatory compliance and controls. 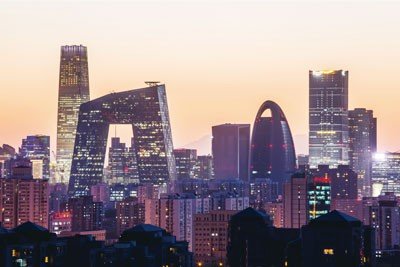 JWG, a London-based think tank, estimates that over 300 million pages of regulatory documents will be published by 2020, and that about £50 billion-£60 billion (US$64 billion-$77.3 billion) a year is being spent in the UK alone to meet regulatory obligations.

The huge expense and cost associated with regulations, and the incentives for financial firms to minimise such costs, together with the advancement of technology in data science and artificial intelligence (AI), have driven the growth of the regulatory technology (regtech) industry.

Many regtech firms have sprung up to develop technology solutions that could help financial firms simplify their reporting procedures, tackle key issues such as know-your-client (KYC), anti-money laundering (AML) and fraud detection, and save compliance-related costs.

According to a recent Deloitte report, there are over 200 regtech firms currently, which can generally be classified into five areas: regulatory reporting, risk management, identity management and control, compliance, and transaction monitoring.

Most of these firms are established in the US or Europe. This is understandable given that the US was the epicentre of the GFC, and that US and European governments are typically the leaders in setting global compliance standards.

Strong financial sector growth in many emerging economies, and the increasing need for more stringent regulatory control, make Asia fertile ground for regtech firms to establish their footprints because important financial centres – Hong Kong, Singapore, Tokyo and Shanghai – are located in the region.

Although there are not very many Asia-based regtech firms, authorities in this part of the world are stepping up efforts to improve regulatory efficiency.

The Singapore government, which aims to build a ‘Smart Financial Centre’, has embarked on various financial technology (fintech) and regtech initiatives. The Monetary Authority of Singapore hosted Asia’s first regtech-focused event in 2016 and also introduced a regulatory sandbox that allows start-up companies to experiment with their technologies without affecting the entire banking system.

China, home to some of the world’s most prominent fintech companies, including Ant Financial and Zhong An, recently indicated it is pushing for greater adoption of regtech.

In the past, the Chinese government has taken a more relaxed approach to allow for technological innovation and to encourage the growth of fintech firms. However, as fintech firms grow rapidly and exert greater influence on the financial market, regulators have begun to watch the industry more closely to rein in risks and strengthen consumer protection.

The situation is exacerbated by high-profile fraud cases surrounding fintech firms, such as Ezubao, the peer-to-peer (P2P) online lender that scammed 900,000 investors of US$9 billion. More recently, China’s P2P lending industry, estimated to be worth about $191 billion, has experienced a wave of defaults where hundreds of online lenders have shut down within a period of two months.

At the same time, China is also gradually opening up its financial market to the outside world, encouraging both inflows and outflows of financial capital through various cross-border stock connect programmes. This means China’s regulatory measures have to keep up with global standards if it wants to attract more foreign institutional investors.

All these developments are pointing towards significant untapped opportunities in China-focused regtech. China needs to have some successful regtech firms to complement the growth of its fintech industry and improve regulatory efficiency and standards in the country.

One important area of application for regtech is macroprudential policy. Since the GFC, policymakers from the Group of 20 countries have urged the International Monetary Fund, the Financial Stability Board, and the Bank for International Settlements to develop early warning systems to monitor the risks that lead to financial crises.

In China, authorities are cautious about corporate debt risks which could cause severe economic woes, and are vigilant in managing these risks. This creates opportunities for the development of regtech solutions to collect and analyse economic data in a timely manner and help Chinese policymakers to design effective macroprudential policies to mitigate these risks. 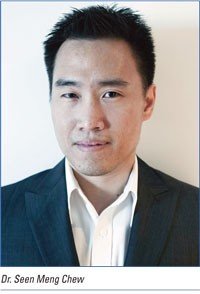 As an important financial hub linking China with Western markets, Hong Kong could play a role as a regtech centre in Asia. The city has a legal framework and regulatory system that is of international standard, making it an attractive launchpad for new regtech firms.

With many bilingual professionals who are experienced in the China market, Hong Kong-based regtech firms will be well equipped to expand their business to the Mainland and explore the many opportunities there.

While taking a relatively cautious approach, the Hong Kong government is definitely moving forward with an agenda to build the city’s capabilities in fintech and regtech.

In China, officials from the central bank and the China Securities Regulatory Commission have recently urged greater adoption of regtech measures in an effort to manage financial risks in the economy. It is indeed an opportune time for regtech entrepreneurs to explore opportunities and develop solutions that cater specifically for the Greater China market.

* Dr. Seen Meng Chew is head of research at FinFabrik