There are many encouraging signs of the asset management industry redressing a historic gender imbalance in its ranks. Unfortunately, that show is taking place against a discouraging and contradictory backdrop. 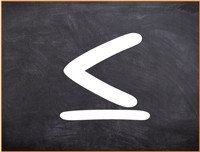 Karen Firestone, president and CEO of Aureus Asset Management, puts in some very broad and dark brushstrokes into the wider picture in a March 2019 article in the Harvard Business Review headlined “When Will We See More Gender Equality in Investing?”. She cites data which show that only 2% of mutual funds are managed exclusively by women. She quotes her own personal survey of 35 senior women investment managers, 87% of whom agree that advancement is harder for women in asset management. Furthermore, 75% felt that decision-makers with fiduciary responsibility for funds were biased towards male managers.

There are many, many other figures to bear out these views. Morningstar in 2017 found that just 10% of US funds has a female portfolio manager. Figures for the UK remain similar.

Ms. Firestone’s recommended solutions include more flexible contract and employment arrangements, mentoring programmes and, perhaps most effective, pressure from institutions on asset management firms to support female managers, and also to address their own bias when face to face with managers. Given the influence that bellwether institutions such as Norway’s Global Pension Fund Global can have on the asset management industry, and their commitments to honour and promote gender equality, they could be prime movers in redressing this imbalance.

Performance and fairness are two very important arguments in favour of supporting a true gender balance in asset management, but the most significant overarching case is something more like stakeholder representation – ensuring that half the planet has its stake in the planet’s financial stock properly represented.

Stewardship of assets is one of the most important responsibilities in the financial system, with the broadest and longest-term social implications. It is worse than inappropriate to leave responsibility for it in the hands of one group or segment of society. Yet the asset management industry’s legacy culture sustains that imbalance.

Change is more than overdue: it is imperative. An industry that remains practically indistinguishable in the public eye from the hyenas of the global financial crisis would do well to remember that.