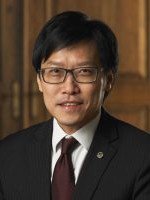 Mr. Lee has been co-chief executive officer and chief insurance business officer of Shenzhen-based Ping An Insurance since 2013, and was president of CITIC-Prudential Life Insurance, a joint venture between UK’s Prudential Plc and China’s CITIC Group, before that.

He will leave Ping An Insurance on January 31, AIA says in a statement on November 22.

“Yuan Siong has a strong and proven track record of leadership in our industry and is very well positioned to build on the tremendous work done by Keng Hooi during his term as group chief executive and president,” Edmund Tse, AIA’s independent non-executive chairman, says in the statement.

According to the company, its main financial metrics, including new business, have “grown materially” under Mr. Ng.