The ongoing novel coronavirus COVID-19 outbreak, which has claimed more than 1,360 lives and has infected more than 60,000 worldwide, is disrupting global supply chains and affecting Asian economies.

The virus outbreak, which started in Wuhan, the capital of Hubei province in China, has impacted global supply chains as numerous Chinese factories were shut down to prevent the spread of the virus. Automobile companies, Hyundai Motor and Nissan, have temporarily suspended part of their manufacturing operations, as they are unable to receive car parts from China.

Economists and fund managers are expecting China's economy, the world's second largest, to post slower first quarter growth. The country, which saw its economy grow by 6.1% in the first quarter of 2019, could now only register 4.6% growth, Deutsche Bank says in a research report published on February 8.

Aidan Yao, senior emerging Asia economist of AXA Investment Managers, says that a "sharp slowdown in the Chinese economy to 4 - 4.5% in the first quarter", will cause pain to its Asian trading partners.

"The countries that are most exposed are small and open economies such as Hong Kong, Taiwan, Korea and Singapore, whereas more domestically-oriented economies, such as Indonesia and India, are less vulnerable," Mr. Yao says in a commentary on February 10.

The outbreak, which has also had a significant negative impact on the tourism industry, has often been compared to the Severe Acute Respiratory Syndrome (SARS) outbreak in 2003 and 2004. SARS, which also originated in China, claimed over 700 lives and infected more than 8,000 people worldwide. By way of comparison, China’s National Bureau of Statistics reported that the Chinese economy – then the world’s sixth largest – achieved 9.9% economic growth in the first quarter of 2003, followed by a 6.7% second quarter fall in growth rate. The growth rate reverted back to the pre-SARS level of 9.1% in the third quarter and China went on to record spectacular annual real growth rates of between 11.4% and 14.2% from 2005 to 2007.

Although economists and fund managers are expecting the Chinese economy, and that of Asia, to be slower in the first quarter of 2020, they remain optimistic on these economies' fundamentals over the long-term.

"We think the stock market reaction and economic growth is likely to repeat the pattern we experienced during SARS. While the sudden short-term correction and deceleration are expected to be sharp, the rebound and recovery are expected to be equally significant when the situation stablises and improves," Mr. Shiao tells Asia Asset Management (AAM).

Paul Sandhu, head of multi-asset quant solutions and client advisory for Asia Pacific at BNP Paribas Asset Management, says that the impact of the coronavirus outbreak for longer term investors won't be significant.

“Over the short term, we have seen and may see a series of volatility spikes in Asian markets. However, we believe that this volatility poses a buying opportunity to position portfolios for the medium to long term,” Mr. Sandhu says.

"As such, there will unlikely be long-term fundamental impact. The global economic recovery risks are being delayed rather than derailed," Mr. Lim tells AAM.

Asset managers say the key that determines the speed of market and economic recovery lies in how fast the outbreak is successfully contained. During the 2003 SARS outbreak, containment took around eight months.

“While Asian economies bounced back quickly after SARS, we think the economic impact from the coronavirus could persist for longer since these economies are in a weaker state than during SARS,” Ms. Cheong points out.

Ms. Cheong also says that the trend of a rally in government bonds, such as US Treasuries, has emerged, as "investors have reduced exposure to equity markets in favour of so-called safe havens".

However, Mr. Lim says that investors should not "make large adjustments to their strategic asset allocation solely because of the virus outbreak".

"This is likely a temporary risk event and long-term investors should not be overly concerned. Rather strive for diversification to cushion downside risks, whilst maintaining exposure to capture upside when the market rebounds," Mr. Lim explains.

"Given the overall geopolitical and event risk frequency, the ability for managers to conduct tactical positioning to minimise risk and take advantage of opportunities will be key,” he concludes. 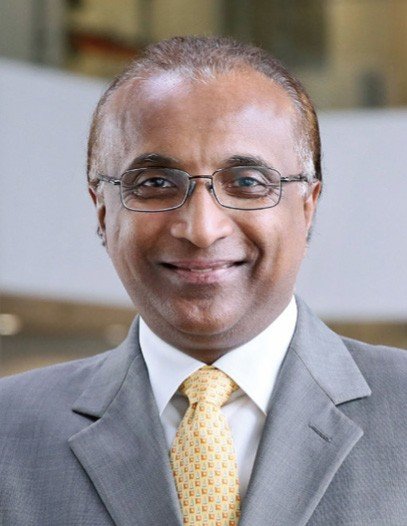 “However, it may not hurt to tactically dial-up the risk aversion utilsmeter to ensure capital preservation of one’s portfolio, at least while riding out the various storms, which could potentially last until the US presidential elections on November 3, 2020.”

The contrarian in him additionally opines that it may be a good opportunity for fund managers to perhaps ponder diversifying slightly out of China – which now comprises close to 40% of the MSCI Emerging Markets Index – and start looking for value and hidden jewels elsewhere in Asia.