Resilience tougher than ever

Resilience is one of those buzzwords that looks to be coming into financial fashion, like diversification, or counter-cyclicality, or dog-eat-dog. Almost every asset manager and financial or legal adviser with an environmental, social and governance programme is guaranteed to use the word. 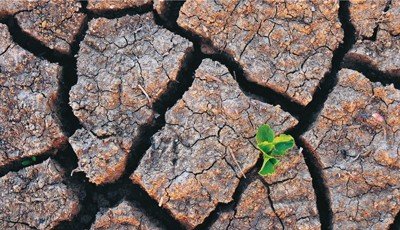 Outside financial circles, resilience has a highly respectable pedigree in ecology, which presumably is where the present usage derives from. It refers to the adaptability of an entire ecosystem and its ability to transition successfully when faced with new stresses, such as climate change.

Absent a dictionary definition of the new usage, it now appears to refer to the results of incorporating ESG and other sustainability and impact priorities into a company. The implication is that a resilient business will have those things inherently; the actual behaviour assumes that they will have to be built in or inserted to give a business resilience. They use it like it actually can be measured, as one more of the new competing performance benchmarks. I expect to see it on indexes and exchange-traded funds any day.

I don’t want to question the good faith and genuine good intentions of the financial players who are adopting resilience as their mantra. But I do wonder if they really have assimilated and internalised it. There doesn’t as yet seem to be much change in their mindset and priorities with the prioritisation of resilience, although the coronavirus crisis may now be driving that shift.

The number of think tanks now predicting a wholesale shift of global socioeconomic goals and priorities could well imply that the world will work on a very different set of assumptions after the crisis has been digested. And my horde of financial markets commentators did all pretty much agree that the shift was already under way before the crisis, which has merely turned it up several notches.

There’s one ecological buzzword that ought to be top of mind, constantly: extinction. Yet, too many financial institutions continue to be complicit in a blind stampede towards the edge of the cliff. And too many glib repeaters of ‘resilience’ continue to abet and support them, simply because they pay. It’s going to take more than a few catchphrases to change that.