Malaysia’s state-owned Permodalan Nasional (PNB) Chief Executive Officer Jalil Rasheed has resigned after just eight months at the helm of the country’s largest fund management company, claiming he was the target of recent harassment that made him worry for his family’s safety. 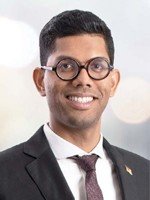 PNB’s board has accepted his resignation as president and CEO, and has identified a successor who will be named once regulatory approvals are obtained.

“The board of directors and leadership team of PNB conveyed their appreciation to Mr. Jalil for his leadership and contributions during his tenure with PNB…The board has also approved the appointment of the successor and the announcement will be made upon receipt of the requisite regulatory approvals,” the company says in the statement on June 15.

Mr. Jalil, 38, joined PNB in October 2019 from UK fund manager Invesco, where he was the Singapore-based CEO for South Asia. He was the youngest person to head PNB in its 42-year history.

The company did not say why he resigned.

But Mr. Jalil writes on his personal Twitter account that he received abusive calls from private numbers over the past week, and that his LinkedIn profile and non-PNB corporate email was hacked.

“This level of harassment made me worry for my family’s well being. In the end, I decided that it would be unfair to my family should matters escalate,” he states in the June 15 posting, describing his decision to resign as “lonely and devastating”.

Mr. Jalil, who was appointed by the government of former Prime Minister Dr. Mahathir Mohamad, hints of challenges he faced during his short stint, saying that “oftentimes making the right decisions is riddled with difficulties and some will be unpopular” and “there was a line I would not cross”.

“The easy route would be to continue enjoying the perks of the office, whilst battling with your own good conscience. I have always believed that no individual is larger than any institution. I have no intention of dragging PNB into this. PNB must be safeguarded at all costs,” he writes.

According to Mr. Jalil, he “made a big financial and family sacrifice” to relocate back to Malaysia “because I truly wanted to contribute to nation building. I’m disappointed this has to come to an abrupt end”.

PNB spokespersons did not immediately respond to questions from Asia Asset Management (AAM) about Mr. Jalil’s allegations, and the status of the changes introduced during his short-lived stint. This includes a target for PNB to triple its foreign exposure to 30% of total assets by the end of 2022.

According to a fund manager at a Malaysian asset management firm, the resignation wasn’t a surprise after Dr. Mahathir’s government fell in February.

“In Malaysia, especially in government-linked companies like PNB, politics play a big role, and their top officials are usually aligned with the current administration,” the Kuala Lumpur-based manager tells AAM, speaking on condition of anonymity.

Furthermore, the top job at PNB is a “hot seat” that “many people are eyeing”, he says.

Dr. Mahathir’s government lost its majority in Parliament when he stepped down and the Bersatu party that he co-founded pulled out of the-then ruling coalition.

The fund manager says it’s important for PNB to continue to execute the 2020-2022 strategic plan introduced by Mr. Jalil.

“So, I hope the new CEO can continue with these efforts,” he says.