BNP Paribas Securities Services has appointed Franck Dubois as regional head of Asia Pacific to replace Mostapha Tahiri, who is leaving to join rival State Street Corp. in a similar position in a couple of months. 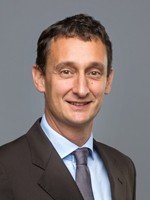 Mr. Dubois’s appointment is effective September 1, BNP Paribas Securities says in a statement on June 18. He will be based in Hong Kong.

A company veteran, he has worked at BNP Paribas Securities since 1993 and is currently head of France and Belgium.

The company did not say where Mr. Tahiri is moving.

But a spokesperson for State Street tells Asia Asset Management that he is joining as head of Asia Pacific in August, reporting to Francisco Aristeguieta, the chief executive officer of international business.

According to the spokesperson, Mr. Tahiri will be responsible for “the strategic direction, management and growth of State Street’s overall business in Asia Pacific”. He will also serve on the management committee, the company’s most senior strategy and policymaking group.

“Asia Pacific has been a growth engine for State Street since it established its presence in the region more than 40 years ago,” Mr. Aristeguieta says through the spokesperson. “Mostapha’s in-depth knowledge and rich experience in asset servicing in Asia Pacific will bring tremendous value as we continue to grow our Asia Pacific franchise.”

Meanwhile, Mr. Dubois will take over responsibility to expand BNP Paribas Securities’ business in Asia Pacific, where the company says it “achieved an average yearly increase of 18% in assets under custody over the last six years”.

He will report regionally to Paul Yang, the chief executive officer of corporate and institutional banking for Asia Pacific, and globally to Alessandro Gioffreda, the global head of territory management.

Mr. Yang says Mr. Dubois has “deep industry knowledge” and the company is “confident that our business will continue to grow for our clients across Asia Pacific”.

“Franck brings with him direct experience from our biggest markets in Europe, as well as knowledge of the local environment having previously worked in Hong Kong,” he says in the statement.

US-based State Street had $34 trillion of assets under custody and administration as of end-2019.