Member choice isn’t much of a choice

The saga of Japan’s bandit grannies looks at first like a summer silly story, but the underlying issues are far more sobering. One of the world’s richest economies simply cannot provide adequate retirement incomes for its “golden agers”, who are finding prison preferable to grim existences on paltry pensions. 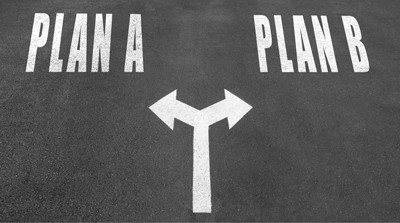 Meanwhile, according to Reuters, Australians have already withdrawn some A$25.3 billion (US$18.1 billion) of savings in the three months since they were allowed to access their superannuation funds early to ease the impact of the coronavirus crisis. “Accessing your super early will affect your super balance and may affect your future retirement income,” the Australian Taxation Office warns.

Pension provision is one of those disasters of abdication of responsibility whose consequences turn out to be far worse than anticipated. In the UK, Prime Minister Boris Johnson and his Cabinet have been harshly criticised for shifting responsibility for Covid-19 prevention onto the public, absent policies for tackling the crisis, and balancing the various issues and detriments involved. The pensions debacle looks like the same issue writ much larger.

Member choice pension schemes are a marvellous way for governments and businesses alike to push retirement responsibility onto workers, under the mantra of free choice and individual responsibility.

Constitutional lawyers may be needed to debate whether retirement provision is a federal issue in the US – it’s certainly been a national scandal for long enough, just like healthcare. Look at the eternal recurrence of corruption stories concerning US pension funds, from the California Public Employees’ Retirement System or CalPERS on down. And the American worker, already burdened by $14 trillion of household debt, is supposed to fix this through their member choices?

According to McKinsey, as of June 2020, the US has already found stimulus packages equivalent to 12.1% of its $21.43 trillion 2019 gross domestic product to fight the coronavirus crisis. Bain & Co.’s 2012 Global Trends report on “a world awash with money”, meanwhile, estimated that global “capital superabundance”, already $600 trillion in 2010, or ten times total output in goods and services, would rise to $900 trillion by 2020. With all that capital sloshing around, can’t some be found for retirement provision?

At the very least, it’s practically incumbent on policymakers to require intensive investor education to go along with member choice schemes. And perhaps it’s time to consider something more like a reallocation of capital. After all, someone must have been working to produce all that superabundant capital, right? Perhaps they deserve some of it back.