Poor Wall Street. The players and their Republican allies are reportedly discomfited at President Joe Biden’s picks of Gary Gensler and Rohit Chopra to head the Securities and Exchange Commission and Consumer Financial Protection Bureau, respectively. They have reputations as progressives within the Democratic party. Meanwhile, Senator Sherrod Brown, a noted critic of Wall Street, is the incoming Chair of the Senate Banking Committee, and has already committed to focusing on Covid-19 relief, housing, climate, and racial justice as major priorities during his tenure. Prominent Republicans have, rather implausibly, accused Biden of pandering to his party’s far left in such choices. 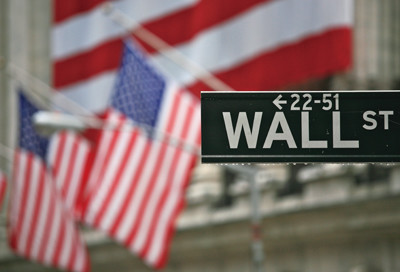 At least the new president can’t be accused of favouring inexperienced and unqualified personnel, unlike his predecessor. Gensler cut his regulatory teeth as chair of the Commodity Futures Trading Commission from 2009 to 2014, where he was described by the New York Times as “one of the leading reformers after the financial crisis”. Chopra, meanwhile, was instrumental in the creation of the Consumer Financial Protection Bureau, which owes its existence to fallout from the crisis. In short, these are experts in remedying the damage caused by a period of lax regulatory oversight and financial markets excess.

To be sure, not everyone is down on Biden’s choices. As incoming Treasury Secretary Janet Yellen readied her confirmation speech on January 19, stock markets rose worldwide in anticipation. Yellen’s case for Biden’s US$1.9 trillion fiscal stimulus plan is apparently already winning acceptance within the financial community.

Wall Street players mourning the departure of a more malleable administration might care to reflect that the whole populist mess the world has been dealing with since 2008 was the consequence of the last bout of easy, market-friendly regulation prior to the global financial crisis. It’s surely time for the more far-sighted among them to accept that a firm-handed regulator is the free market’s friend, and that US policy needs to be rebalanced away from business and financial special interests towards the community and society – while there is still any community and society left.