Flawed is better than none

In an ideal world, ESG and sustainable reporting standards and compliance would be decided internationally by a globally sanctioned committee of the great and the good, and implemented with little fuss or dispute. Does that bear any resemblance to any real world anyone is living in these days? Not to mine. 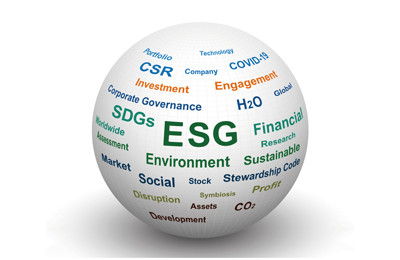 The jerky, awkward, fractious process by which the new European Union Sustainable Finance Disclosure Regulation (SFDR) has come into being, and into force, certainly looks like real world policymaking, warts and all. For one thing, it’s involved a lot of posturing and political muscle-flexing. The EU naturally wants to be a rules maker rather than a rules taker. You can see the importance attached to such a distinction by China’s actions at the World Trade Organisation, to name but one example.

There’s also a great deal of political credibility on the line. The EU repeatedly postponed the implementation date for the SFDR, and a lot of that delay was due to pushback from the asset management industry. Would the industry have preferred it if no regulation happened at all? That’s possible. Financial players will have to pay a lot to ensure compliance with the new restrictions, if not now, then further down the line. At least they should be glad that the delays in full promulgation of the associated standards will spread out the pain. But the regulators couldn’t be seen to kowtow to the asset management industry too far.

Furthermore, the new regulatory regime chimes in with the zeitgeist. Not just in the environmental sense: big policy moves and political intervention in the free-or-not-so-free market are the flavour of the hour, and more so after the onset of the coronavirus pandemic. Self-regulation and self-policing by financial industry players, or weak regulation by regulators closely connected to the players, was already looking pretty discredited after the last major crisis in 2008. Then along comes Covid-19 to make the case that political players and international bodies – and rules – are there for a reason, and that laissez-faire in such circumstances is effectively laissez-mourir. As if climate change catastrophe wasn’t reason enough.

Yes, the new SFDR, and its attendant standards and taxonomy, are imperfect, half-finished, and untested. Yes, they jumpstart – or leapfrog – a process that could have been accomplished by industry self-regulation. But an imperfect regulatory regime is infinitely better than none at all. If the SFDR triggers any sort of positive change beyond EU borders, good. If it triggers change on the scale it promises, even better. Because something better change.