Back to 2021 Best of the Best Awards Supplement

The local – and global – push for greater responsibility 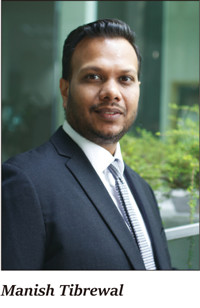 Maitri, Tibrewal avers, has an overall commitment to responsible investing as a whole. Consequently, “ESG-integration lies at the heart of all the firm’s investment decisions.” ESG, he adds, is also “core to its culture of striving for greater sustainability stewardship in the asset management landscape in Singapore and across Asia.”

In structural terms, within Maitri’s global investment mandate, this commitment is based on a proprietary two-tier responsible investment approach. As Tibrewal outlines, the first tier is a negative screening to strike out six traditional “sin sectors” – adult entertainment, alcohol, gambling, recreational cannabis, tobacco, and weapons. This screening applies across Maitri’s entire portfolio.

Furthermore, Maitri is already committing to align with the Paris Agreement and combat climate change, and as a result, it also excludes from its portfolio coal companies where either more than 30% of their revenue (or another suitable financial indicator) is generated from either the extraction of thermal coal, and/or the use of thermal coal in power production; or where they have disclosed plans for new coal-fired power plants.

The regional picture and the take-up of ESG

Maitri, of course, is one financial player in an entire region. How is adoption of the whole ESG proposition faring across Maitri’s home base of ASEAN and beyond? From Tibrewal’s perspective, “the adoption of ESG investing in Asia has accelerated over the last two to three years, particularly in the form of a greater push by leading institutions and governments.” But, he cautions, “while the region has been gaining pace in its progress, significant work still needs to be done to align with global peers.” In particular, Asia’s heterogeneous structure in fund markets, as in other areas, has made the adoption of ESG in these markets diverse and somewhat fragmented.

Tibrewal observes the work of Asia’s regulators in “driving the adoption of ESG integration into investment decisions.” He cites the work of the Monetary Authority of Singapore (MAS), which released its environmental risk management (ERM) guidelines in December 2020 and has given the Lion City’s financial institutions 18 months to adopt them. In Hong Kong, meanwhile, the Securities and Futures Commission “recently closed its consultation paper on ERM guidelines,” with the final draft expected before year end.

Singapore’s MAS is also in the midst of consultation until mid-March 2021 “on a green taxonomy…which will help establish Singapore as a major player in the global and Asian green finance sector, while also clarifying what constitutes a green finance product.”

Tibrewal notes that “importantly, the proposed taxonomy will incorporate a traffic-light classification system that is relevant to Asia, recognising the region’s unique challenges that come with transitioning to a low-carbon economy.” For example, he explains, many Asian energy generation capabilities are unable to fully support renewable projects in the short term, both in terms of infrastructure and economics – “meaning they need to partially rely on fossil fuels in their sustainable transition to a low-carbon economy.” The proposed taxonomy will include a yellow (transition) classification level to allow for “use of natural gas instead of a strict no fossils fuel policy,” he confirms.

That said, Tibrewal concedes, if one takes the sign-up rate to the UN’s Principles for Responsible Investment, as at Q4 2020, as an indicator of ESG take-up in Asia Pacific, “the region still lags behind Europe, North America and South America.” He sees the “E” of ESG as the main driver in global take-up of the thesis, “thanks to increased awareness around climate change risks and the mainstreaming of green finance.” Asia’s manufacturing powerhouses – China, Japan and South Korea – pledged, he notes, to go carbon neutral last year; but there is a time lag between these official plans and the impact on the financing of this transition. However, he adds, “once this takes effect, we can expect a surge in the take-up of ESG in Asia.”