Back to 2021 Best of the Best Awards Supplement

The firm, which won the Best Equity Manager, Taiwan award at the Asia Asset Management 2021 Best of the Best Awards, takes a bottom-up approach to stock picking, which involves visiting between 2,000 and 3,000 companies every year. 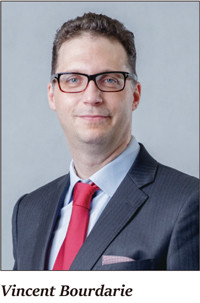 Vincent Bourdarie, who was given the title of CIO of the Year, Taiwan in the awards for his role at Nomura SITE, explains: “We are not quantitative. We are fully about people. The detail you can extract depends on the level of information you have access to, and this depends on the frequency with which you visit companies and the quality of your contacts.”

When deciding whether or not to invest in a particular company, the firm’s team takes a very focused approach, analysing the total addressable market of one particular product range the company has to establish a specific revenue target. It then looks at the company’s capacity and the level of margin it will be able to generate, which is then translated into a figure for its net income.

“The objective is to translate what companies are doing in the market into numbers that relate to their net profit,” Bourdarie explains.

The next step is to look at market expectations for the company, to see if its earnings and valuation have been underestimated by other investors, creating an opportunity.

“The team is highly disciplined when carrying out investments and research, sharing information between colleagues, ensuring there is sufficient discussion and quantifying all these different aspects,” he says.

When Bourdarie joined Nomura six years ago, he set about restructuring the firm’s investment team along two key principles.

The first was that although the team was based in Taipei, it would use the same investment standards that would apply in a major financial centre, such as London or New York.

The second was that the portfolio would be managed directly out of Taipei using local talent and not relying on external expertise.

“In Taiwan, there is a huge talent pool that is unused. Every team member is passionate about understanding the companies they look at. There is a lot of intellectual appetite in this team,” he says.

Another significant differentiator is that Nomura’s portfolio managers are also research analysts.

While Covid-19 has caused significant economic damage, Bourdarie is positive that recovery from the pandemic will create investment opportunities.

He explains that many businesses in certain sectors, such as transport and leisure, have had their investments written down by the market, meaning their assets are under-priced. But as the economy recovers, he expects these values to also recover.

In addition, he sees opportunities in the technology sector as the world enters a period of accelerated automation in both daily life and industrial production.

“Technology offers a lot of opportunities from manufacturing to other IT components and design,” he says.

Bourdarie is also watching green technology, although he points out that there is currently a lot of market hype about the sector, as well as a scarcity issue, which is creating valuation concerns.

Finally, he thinks Asia offers a lot of opportunities following its management of Covid-19, its capacity to recover from the crisis and its positioning going forward in terms of new technology.

“Asia is under-owned by investors because they don’t see the structural development and the revolution in terms of technology change and innovation which is occurring there,” he says.

In terms of risks, Bourdarie is most concerned about climate change and wealth inequality over the medium term. He points out that climate change will have a huge impact on the way companies function and the choices society makes, while it will also lead to increased regulation. At the same time, he says wealth inequality is creating a major issue in terms of cohesion and social stability.

“Since the global financial crisis, we have been seeing a dispersion of wealth and this has been aggravated by the Covid-19 crisis. Technological change is also reinforcing these inequalities.

“History shows that when pushed to a certain limit, inequalities are solved in very dramatic circumstances, such as revolution, war or social unrest. That is my concern.”