By Elizabeth Dooley
For insurers, Covid-19 adds to challenges of low rates and strict regulation

Against the backdrop of the Covid-19 pandemic, institutional investors are grappling with challenges posed by regulation, low interest rates, and climate change. According to a recent report by State Street, institutional investors, and insurers in particular, are “changing their game plan to emerge out of the crisis stronger and more nimble, ready to adapt to a new normal and prepared for an unfamiliar future”. For the insurers, the challenges are related to liquidity, asset allocation, reporting requirements and operational difficulties.

State Street’s assessment is based on a global survey conducted by CoreData Research in April 2020, which found that 78% of insurers globally are confident that their asset managers can navigate the pandemic-driven financial crisis. The report also says the pandemic has fuelled insurers’ appetite for alternative assets, especially private credit and private equity. One-third of insurers polled said they planned to increase allocation to private credit and 28% to private equity.

The survey found that 36% of insurers expect to increase allocation to actively-managed investments in the short term, “compared to one in ten who anticipate it to fall, as is common during market downturns”. It also found that 39% of respondents faced difficulties on security valuations, 36% on liquidity challenges, and 25% on cash forecasting.

With a renewed focus on operational efficiency, resilience and data management, it appears that stock market volatility and the repricing of assets exposed to climate risk has put pressure on insurers’ balance sheets, not least in terms of profitability in life insurance and investment management fees for savings products. 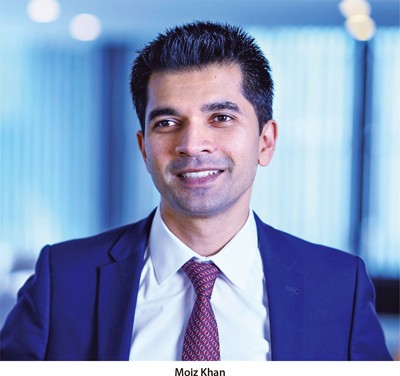 But these challenges can be traced back long before the pandemic, according to Moiz Khan, head of insurance solutions at Aviva Investors.

“Post the financial crisis, it was clear that banks and insurers needed to hold capital that better reflected the risk in the assets and liabilities that they held on balance sheets,” he says in an interview with Asia Asset Management. “This resulted in a paradigm shift towards risk-based capital regimes in many markets globally, of which Solvency II is a leading example.” Solvency II is the European Union directive on the amount of capital that insurers must hold to reduce the risk of insolvency.

With such regulatory changes and updates adding both operational and financial burdens on insurers, these challenges are unlikely to change significantly any time soon. However, Khan says there are areas where regulators are pragmatically reconsidering reconfiguration of some elements of regulatory regimes, which are being welcomed by the industry.

He says that in some jurisdictions like the UK and Europe, where the Solvency II regime became effective more than five years ago, and where it’s now due for review, insurers have become more comfortable implementing the changes. They are now moving to optimise their products and investment strategies to enhance their return on capital.

“One positive aspect of a risk-based regime is that it aims to be closer to economic capital than non-risk-based regimes, allowing insurers to better, though still not perfectly, align economic and regulatory returns on capital. This is particularly applicable to internal-model insurers, who can better align their capital calculations to true economic risk,” he says.

He also notes that in some Asian markets, where risk-based capital is relatively new, insurers are currently in the process of implementing and embedding the regulatory requirements into their business models. He says that once this bridge is crossed, they will be in a better position, like their European counterparts, to optimise products and investment strategies in order to enhance returns on capital.

His point is clear: the financial crisis was also followed by an era of low interest rates, which some insurers initially saw as a tactical tool to navigate the economic crisis. However, most soon realised that this was a longer-term reality that was here to stay indefinitely, with both nominal and real yields falling significantly and touching historic lows.

According to Khan, the Covid-19 crisis has only exacerbated this trend. That’s because low interest rates have a significant impact on insurers’ business models, where pricing and capital are generally inversely proportional to interest rate levels. So low rates translate to higher pricing, higher capital and lower profitability.

“The combination of low interest rates and stricter regulatory requirements has been a perfect storm for insurers over most of the last decade, which was only made worse by the unexpected arrival of Covid-19, with further easing of monetary and fiscal policies and a significant amount of debt raised on government balance sheets,” he says.

Declining yields on fixed income securities has driven insurers to search for yield across a wide variety of asset classes and rating spectrums. Khan says a combination of risk-based capital regimes and prudence has resulted in insurers having to weigh both the risk and rewards of any investments.

He cites real assets as an example of an asset class that has risen very well to this challenge. Real assets derive a good proportion of their excess returns from illiquidity or complexity premia, instead of additional credit or default risks versus comparable corporate bonds. So insurers have been actively increasing their allocations across various types of real assets, such as infrastructure debt, real estate finance, private corporate debt and real estate long income.

Another rising trend over the last decade has been the recognition of the importance of environmental, social and governance (ESG) and its real impact on asset returns and sustainability of business models, including those of insurers.

“Again, this recognition was amplified last year as large parts of the world went into lockdown due to Covid-19, and ESG and climate risk have become more recognised than ever before,” Khan says.

An increasing number of insurance companies set net zero emissions targets in 2020, typically with a 2050 target in line with the Paris climate accord. Aviva became the first major global insurance company to target net zero carbon by 2040, a commitment that includes a 25% cut in the carbon intensity of its investments by 2025, and 60% by 2030. It has also committed to net zero carbon emissions on its own operations and supply chain by 2030.

According to Khan, this industry-wide trend is leading to a seismic shift in asset strategy, with climate change becoming a core focus for investment teams and boardrooms alike. He says as part of the 2040 net zero pathway for real assets, Aviva has committed to originate £1 billion (US$1.39 billion) of climate transition-focused loans by 2025 “reflecting demand by insurers and other investors to finance projects that drive positive change”. This asset transition, he adds, mirrors the changes being driven by many insurers on the liability side of the balance sheet.

“The repricing of assets exposed to ESG factors, including climate risk, has already started to happen, and is only going to accelerate going forward. Good behaviours are going to be rewarded and poor practices will be penalised as regulators and investors demand business to provide more transparent reporting and concrete steps towards positive ESG and climate outcomes,” he says.

Solvency II in the UK

While the road towards risk-based capital is affecting markets across the world, in the EU, Khan notes that the European Insurance and Occupational Pensions Authority proposed wide-ranging changes on Solvency II regulation in December 2020. He says these changes could have significant effects on balance sheets, be potentially positive for risk market and volatility adjustment changes, and possibly negative for the risk-free rate and standard formula interest rate risk changes.

He has no doubt that in the UK, 2021 will prove to be a key year in the post-Brexit regulatory landscape, with insurers keeping a keen eye on the stance of the government and the Prudential Regulation Authority (PRA). And while the PRA seems willing to deviate from EU rules, he acknowledges that designing and implementing changes will take time. In the meantime, he says that insurers will most likely abide by current Solvency II rules, which have been enshrined into UK law.

The Treasury sought views on Solvency II and the Association of British Insurers has proposed amending a number of areas. This includes potentially reforming the calculation of risk margin, broadening the types of long-term assets that could be eligible for the matching adjustment, and simplifying the matching adjustment approval, asset eligibility and reporting processes.

“This is likely to improve investment in long-term assets, particularly those that play a positive role in tackling climate change, as well as the social and infrastructure development needs of the country,” Khan says.