Pension funds should be looking to invest in developing and emerging markets for the long term to keep up with the growing needs of retirees because investment yields in Organisation for Economic Cooperation and Development markets are low, says Vitaly Vanshelboim, an assistant secretary general of the United Nations. 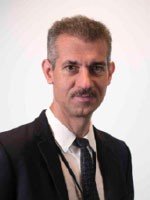 “I honestly believe that the future for institutional investors lies in developing countries and emerging markets. There are fewer and fewer high-yield opportunities in well established markets and returns on investment are at historically low levels, especially given current interest rates,” Vanshelboim says in an interview with Asia Asset Management.

“If pension funds are only looking at the safer investments in OECD markets, over time they will not be able to keep up with the growing number of retirees. They, and other institutional investors, need to go into markets that today may seem to be more risky, but this is the future of growth and consequently higher returns on investment,” he adds.

Vanshelboim is chief executive of Sustainable Infrastructure Impact Investments or S3i, an initiative of the United Nations Office for Project Services (UNOPS), the UN’s operational arm.

UNOPS implements more than US$2 billion worth of projects every year, operating in more than 80 countries. It is committed to helping to find innovative financing solutions that will connect a wide range of stakeholders from both public and private sectors, as well as bilateral donors and governments, to form new partnerships for sustainable development.

The S3i focuses on three key areas: renewable energy, affordable housing and health infrastructure. These projects span across more than 80 countries under its purview.

Vanshelboim acknowledges that many institutional investors such as pension funds and sovereign wealth funds may expect lower returns when working with a non-profit entity. However, he is confident that S3i’s projects can result in market returns or higher.

Pension funds, he says, are looking to generate steady, long term, and where possible, predictable income, and they can often accept relatively small returns of 4%-6% in hard currency terms, provided they know they will get that return year after year and that a high degree of social impact is almost guaranteed.

This June, UNOPS partnered with India’s Acme Solar and the Danish Investment Fund for Developing Countries (IFU) to build a 250-megawatt solar park in the state of Rajasthan. The IFU said the project is expected to provide renewable energy to an estimated 500,000 households and create more than 200 jobs in the construction phrase, and 75 jobs when operation begins.

UNOPS and S3i’s role in the deal is two-fold. It is a 10% minority shareholder and the impact manager, developing feasibility studies and environmental, social and governance and environment social management plans, and looking at how the project could contribute to the UN’s Sustainable Development Goals, not just relating to infrastructure but also other goals, including job creation and poverty reduction.

Vanshelboim says the project is able to deliver a return of 8%-12% in hard currency.

He points out that some of today’s emerging markets will become mainstream in around ten years, so investors who get into these markets early enough will get better deals.

“We can help develop those deals better than anyone and I’m convinced that the larger pension funds and strategic investors in general have to start looking in this direction. There’s a lot of pressure on these pension funds and SWFs to show that they’re not just making good financial returns, but they’re also responsible players,” he says.

Note: The full interview will be published in the August issue of Asia Asset Management.