NZ Super appoints David McClatchy to its board

New Zealand sovereign wealth fund NZ Super has appointed David McClatchy as a board member to replace Simon Botherway, whose three-year term expires next week at the end of September. 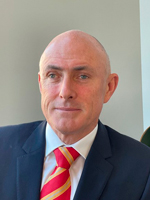 McClatchy’s term is for five years starting October 1 and he will relocate from Sydney in Australia to Auckland in New Zealand, NZ Super says in a statement on September 22.

A New Zealander, McClatchy was the chair of the board of Australian superannuation plan IAG & NRMA Superannuation Pty. Before that, he was chief investment officer of Sydney-based Insurance Australia Group.

“David is a world-class candidate; he has a wide perspective on matters both investment and enterprise-related, and a firm understanding of the social and environmental impacts of investment decision-making,” NZ Super Guardian’ Chair Catherine Drayton says in the statement.

McClatchy will also sit on the boards of several New Zealand-listed companies, including Kingfish and Marlin Global, when he returns to his home country.

NZ Super has NZ$58.6 billion (US$41.02 billion) of assets under management currently.