Towards a level playing field

By Elizabeth Dooley
Blockchain can open up financial services to all

A panel discussion on the developments and outlook of digital assets was among the highlights of the Chinese University of Hong Kong’s 2021 financial technology conference held on November 2. 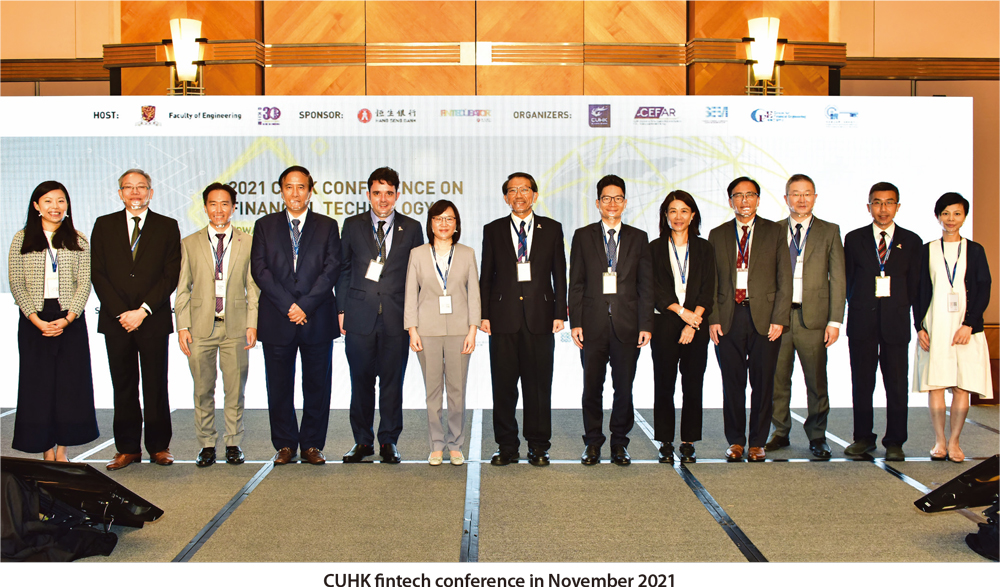 Blakeney kicked off the session by noting that digital assets had been around for as long as the internet. “You could argue that sending a wire transfer is a form of digital asset,” she said, adding that the tokenisation of assets is a key point in their evolution. DBS now employs three times as many engineers as it does bankers. “It’s an interesting statistic. One could even say that we’re now a technology company involved in finance.”

DBS launched its digital exchange, which is managed centrally out of Singapore, in April 2021. The team is also working on a carbon exchange, and recently announced a partnership with US investment bank JPMorgan Chase and Singapore state investment company Temasek Holdings, centred around tokenised cross-border payments.

As for AAX, Chan said the exchange kicked off by trading bitcoin in 2017, and then went on to partner with the London Stock Exchange Group, which provided the matching engine for 40 regulated financial markets. AAX’s platform now has around 1.5 million users, mostly in Asia, Russia and Turkey. The AAX also provides liquidity for exchanges and invests into companies using blockchain.

Hang Seng Bank is “paying a lot of attention” to digital assets, according to Kong, who noted that the early problems of scalability and performance following the rapid development of blockchain are now starting to be resolved.

“Looking at it from a company and corporate perspective and as a bank who serves the community of Hong Kong, whatever financial services or products the consumer would like to invest in we are interested in. We’re paying a lot of attention to the development of digital assets, particularly the central bank digital currency.”

For Chong of Fusang, a digital stock exchange run out of Malaysia, the focus is on bringing about one vision – making it as easy for people to invest in companies as buying their products using e-commerce.

“We’re using the same underlying blockchain technology that powers assets like bitcoin, but focused on representing real world securities, shares, bonds and funds,” he said. “I think blockchain technology is eminently suited for disrupting the trade layer. When it comes to the underlying settlement representational layer, a lot of that is still done way more manually than people expect.”

Panel members also shared their views on the benefits of developments in the digital asset space and the impact on individuals and society at large.

For Blakeney, it’s a question of financial inclusion. “I think the tokenisation of assets is really about how DeFi [decentralised finance] has levelled the playing field. It’s not just the high-net-worths who now have access to these assets. Anyone can now own just a small fraction of a building or a piece of art or bitcoin through an NFT [non-fungible token]. There is basically no barrier to entry and you can start investing with US$5, which would be completely unheard of five to ten years ago,” she said.

Kong agreed, noting that for countries without adequate bank branches or ATMs, digital assets and blockchain can bring financial services to those who have access to an app and a phone connection. “Availability is increased, and this brings opportunities for the public and consumers.”

He also said one of the obvious advantages of using blockchain and distributed ledger technology (DLT) is efficiency in relation to cross-border payments, and the benefits this can bring to companies wanting to settle trades faster, as well as the personal movement of money.

Chong suggested taking a step back. “I think it’s very important, especially in the blockchain space, to differentiate between the technology layer and the asset layer,” he warned, noting that cryptocurrencies do not exist outside the blockchain.

“Technology, in terms of being able to tokenise assets and represent all kinds of assets out there, is very exciting in today’s financial markets. And so what excites me about blockchain technology, beyond the layer of better, cheaper, faster, and more convenient – which all technology must bring for it to be good technology – is the question of what I can do with a tokenised asset that I couldn’t do before?” he said.

Beyond cryptocurrencies, Chan said AAX is now seeing startups beginning to look at a tokenised business model over crowdfunding or attracting outside investors. “It’s now about engaging the community to fund a business – much like issuing a token, but in the form of an NFT,” he said. “Through DeFi and open technology we are starting to see the ownership of the asset back to the individual.”

“The tokenisation of assets offers a unique opportunity to really rethink who the stakeholders of companies or platforms are,” added Chong, citing Facebook as an example. “Companies are going to be forced to rethink who are their stakeholder groups and start thinking about how they can align the interests of those groups by turning those stakeholders into shareholders.”

He noted that the finance industry is still very much integrated into a B2B2C business model, which he believes looks set to become radically disintermediated. “Today’s business model is direct to consumer and the way that businesses interact directly with the consumer is vital.”

Blakeney pointed to the legal framework that needs to be put in place to support these businesses and to further drive innovation and growth. At the same time, industry needs to make sure that people’s interests are protected. “Innovation has definitely got far ahead of the legal and regulatory side of things, but there will naturally come a time where these two things balance themselves out,” she said.