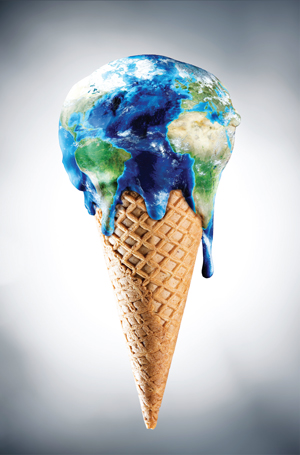 And just like infrastructure investment, net zero involves huge sums of money. A whole lot more, in fact. This essay explores whether the global economy is biting off more than it can chew in terms of the financing needed in transforming the global economy towards net zero compliance.

The concentration of carbon dioxide in the atmosphere has climbed drastically, primarily due to fossil fuels, along with higher global temperatures. The growth in fossil fuels is due to energy density and convenience.

In the early 1900s, coal was used as the primary industry fuel. It has three times the energy density of wood, that is the total amount of energy in a system per unit volume. Fuels produced from oil are easy to transport and, on average, have twice the energy content of coal by weight.

On the other hand, green or low-carbon hydrogen, which has almost three times the energy density of gasoline and is produced by splitting water into hydrogen and oxygen, is difficult and expensive to manufacture, package and deliver.

Electricity generation is dominated by natural gas, oil and coal. They account for approximately 60% of all electrical power production. The energy transitions that have taken place throughout history are primarily due to more energy density and convenience, particularly from the physics and transportation points of view.

But these advantages have a devastating downside. The amount of carbon dioxide released from fossil fuels is warming our planet to such a degree that slowing down the warming is key to achieving net zero or carbon neutrality by 2050. Transitioning from fossil fuels to solar, renewables and green hydrogen might especially help to decarbonise the electricity and transportation sectors. 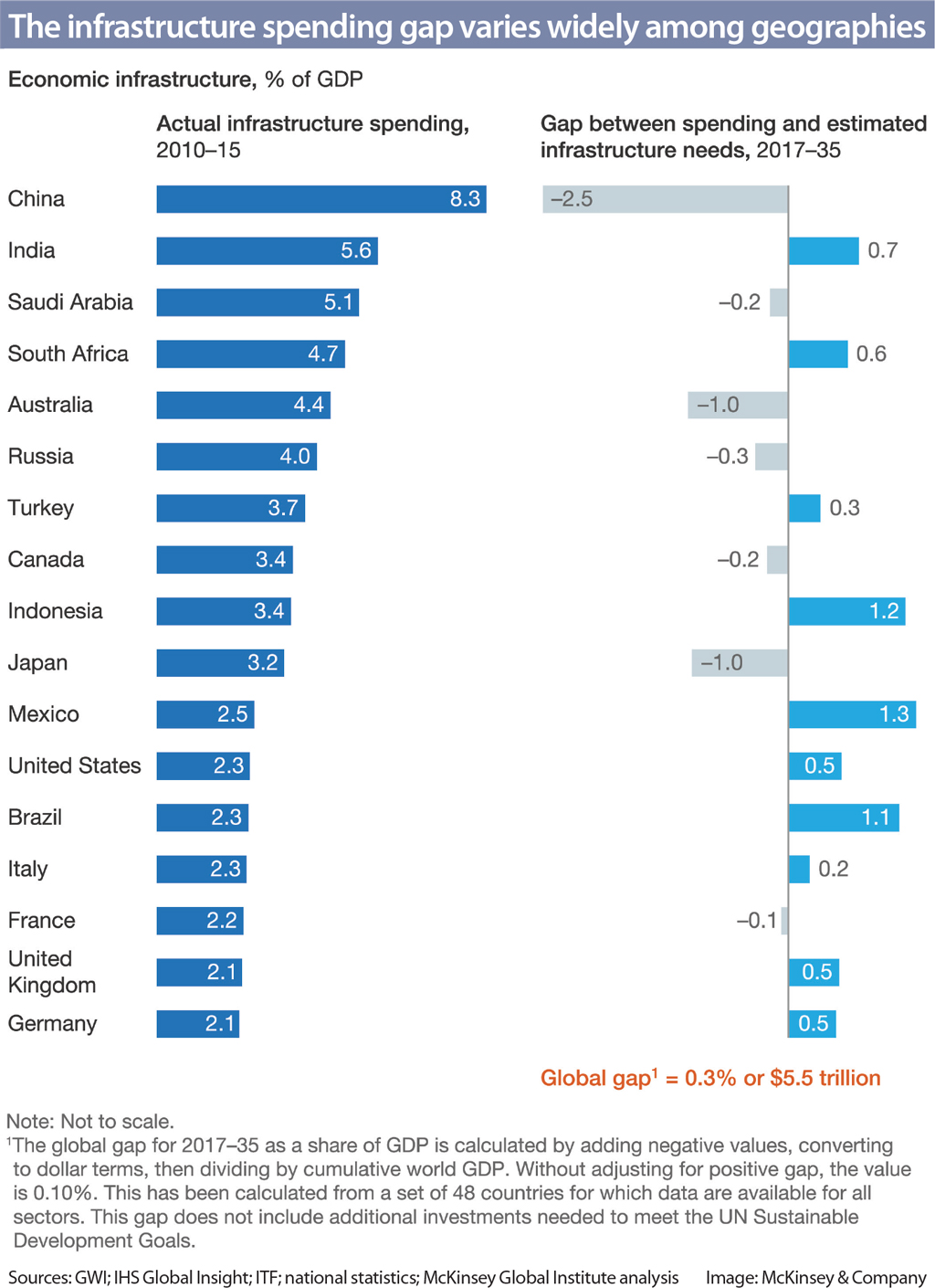 McKinsey’s The Net-Zero Transition report published in January gives us an in-depth perspective in terms of the cost associated with net zero by 2050 so as to keep the average global temperature rise below 1.5 degree Celsius. A number of countries have announced pledges that meet the net zero goals outlined in the Paris climate accord.

Around 450 financial institutions and asset managers with over US$130 trillion of assets on their balance sheet made net zero pledges at the United Nations climate conference or COP26 in Glasgow late last year. The pledges are powerful but the question is whether they can follow through.

The McKinsey report puts it bluntly. To achieve net zero emissions by 2050 would require substantial capital allocation by governments and the private sector to transform the global economy – approximately $9.2 trillion in annual spending on physical assets in energy and land use systems over the next 28 years. The net zero scenario has been estimated to cost around 7.5% of global gross domestic product, while the increase in spending required over current levels works out to around half of all corporate profits and one-quarter of all tax revenues in 2020!

The net zero transition will be significant as the global economy will see a shift in demand for goods and services. An example would be moving away from fossil fuels to zero emission, zero-carbon alternatives such as solar and green hydrogen. It will also affect our daily lives. According to the US Energy Information Administration, around 26% of total US energy consumption in 2020 was used for delivering people and goods from one location to another!

According to McKinsey, the transformation costs would be front-loaded. In order to reach its zero carbon objective, capital expenditures are expected to be higher in the early stages of the transformation process, with costs declining over time.

Nine years ago, McKinsey Global Institute estimated that $57 trillion in global infrastructure investments were needed between 2013 to 2030 to deliver high quality services, including utilities and healthcare, and assets such as roads, rail, bridges, ports and airports. This translates to around $3.3 trillion in infrastructure spending per annum.

Southeast Asia alone was estimated to need $8 trillion of that infrastructure capital spending between 2010 and 2020, with a growing need for innovative private sector financing solutions to meet any financing gaps. This works out to about $800 billion per annum.

Are we biting off more than we can chew when it comes to all these lofty spending targets, once in infrastructure spending and now in net zero emissions? Shouldn’t experts across the board be looking at the net zero targets and financials once again and then proposing feasible solutions such that we don’t end up with another financing gap like with the infrastructure investment side?

As business schools taught us, you cannot manage what you cannot measure. How does one go about estimating the costs associated with net zero? The standard MBA textbook approach to estimating costs is net present value (NPV), which is based on the time value adjusted costs and revenues over the period under consideration, say 2022 – 2050.

NPV, however, does not give you the flexibility to adjust investment decisions or defer an investment to a later date, also known as the flexibility option. It is hence our view that most traditional methods will likely underestimate the true cost of attaining net zero.

An alternative valuation approach could be real options analysis (ROA), which accommodates changes that may arise due to the uncertainties and vagaries of an ever-changing world. The classic capital budgeting approach such as NPV ignores these features, whereas ROA recognises the ability to adapt in response to these changes. Some of the net zero projects are of high risk and are irreversible; ROA is hence directly applicable in this scenario. In fact, traditional valuation methods could potentially lead to sub-optimal net zero investment decisions.

Net zero also cannot be simultaneously reached for all groups since there are high emitters and low emitters in a group. Low emitters will likely reach it earlier than high emitters if they have sufficient resources and funding. The costs associated with high emitters achieving net zero would be substantial relative to low emitters. Aside from this, the biggest problem isn’t the ambition to get to net zero, but how we get there. How should high emitters such as India and China, get to net zero in a feasible and efficient manner? India, for example, could focus on decarbonising its electricity sector.

To add to the costs, let’s try and understand the impact of the Russia-Ukraine conflict. While the war is barbaric, devastating, costly, and totally unnecessary, it is our view there is a silver lining in Russia’s unwarranted aggression in that it will move the European Union quickly away from unclean Russian oil and gas.

Soaring energy prices can help support the financial attractiveness of clean energy generation. In the near term, this can lead to more clean coal-fired power generation, but over the longer term, it will lead the EU to cleaner alternatives and renewables, such as solar, wind, hydroelectric, geothermal, tidal power, green hydrogen, and perhaps even clean and super-safe nuclear technology.

Our financial system is about facilitating the smooth intertemporal flow of funds from the providers of capital to its users. It also relies on transparency about the attendant risks.

Climate change is creating new forms of investment opportunities and financial risks that asset owners and asset managers need to consider when allocating capital. It is imperative that asset managers consider the disclosure of climate investments and risks since they transform to investment risk in their books, and need to be measured, sized and scoped. Asset managers need to be part of the global economic transformation conversation and not just be writing up investment policy statements that simply echo the net zero goals, declarations, pledges, and targets.

The US Securities Exchange Commission recently voted to move a proposal forward that would require publicly-traded companies to disclose the financial risks they face from climate change. The idea behind this move is to provide adequate disclosure of climate risk such that investors have sufficient information about the investment risk they face. These involve transition risks stemming from shifts in innovation, technology and the competitive landscape, as well as physical risks such as wildfires and flooding. Encouragingly, asset managers in the US are part of this conversation, cautioning the SEC to ensure that the disclosure rules are in line with the information that markets need to function well.

Economic policies to decarbonise economies continue to lag the urgency of warnings. Mainstream economic policy must factor climate change into its growth calculus.

To move the needle on climate action, mainstream economies need to get in step with climate science. Countries – and the asset management industry – should therefore not lose sight of the substantial economic benefits from investments in decarbonisation. It also means walking the talk. As fiduciaries, asset managers should avoid greenwashing and excessive public relations stunts involving sustainable and net zero investing.

We need a joint all-of-government, academic and private sector effort to establish proper estimates of costs, set reasonable targets commensurate with those costs, disclose well-defined risks so that investors are aware of them, form economic policy that considers the urgency of climate issues and provides the appropriate “nudges”, and calculate economic growth adjusted for emissions such that it gives a true picture of the state of the global economy and helps guide sound, science-based public policy.

*Joseph Cherian is practice professor of finance at the National University of Singapore Business School. Yogi Thambiah is chief executive officer and founder of Princeton Analytics & Consulting in New York.