Sustainability and the risk cost

While sustainable investing presents a great opportunity for Asia, it also presents a far bigger challenge. Ask the victims of Californian or European wildfires whether the most important things on their minds as their neighbourhoods burned was their stock portfolios. Ask the businesses and citizens of Sichuan, urged to feed their limited hydropower to Shanghai. 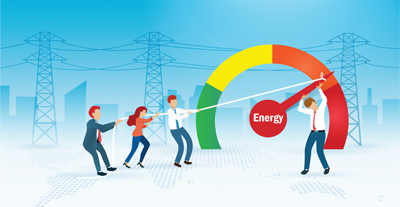 Climate change is stacking up a series of threats to prosperity and social stability across Asia that pose a far greater and more immediate impact to the region’s assets than just a few basis points. This March, Kaveh Zahedi, deputy executive secretary of the United Nations Economic and Social Commission for Asia and the Pacific, warned that Asia Pacific isn't on track to achieving any of its sustainability targets by 2030. "Time is running out. Right now, at the current pace, without raising ambitions, without acceleration, this region is not set to achieve any of the sustainable development goals," he told CNBC. He noted that in some respects, particularly climate change response and sustainable consumption, the region was now going backwards. And that’s in the face of estimates from SwissRe last year that Asia could lose more than 25% of its GDP by 2050 if it fails to act.

There is little reason to assume that things have improved much since March. The only thing that has changed is the number of climate-induced black swan events worldwide from Sichuan to the south of France, and the panic over energy security triggered by Russia’s invasion of Ukraine – which ought to be an argument for local renewables if anything is.

Yes, Zahedi did say that the Covid-19 has slowed progress towards these goals. But speakers at the Asia Asset Management 10th Malaysia Round Table harked back to the pandemic persistently for a separate and very pertinent reason. Whatever the possible linkages between the pandemic and climate change, there is absolutely no doubt that the phenomenon was the perfect illustration and dry run for the social and economic impact and consequences of climate change. And just in case anyone failed to get the message, almost the moment the pandemic eased, a wave of unprecedented climate crisis events hit us.

Are we going to get into some absurdly circular situation where governments, regulators and businesses say they cannot achieve their climate change goals because they are too busy dealing with climate change-induced catastrophes? Unfortunately, that's all too likely. And even those who won't accept fact-based arguments until the facts are literally raining down on their heads are running dangerously short of excuses.

In the pandemic, there was no magic bubble for the rich to retreat into. There was no hidden reserve of prosperity to fall back on. There will not be with climate change either. No matter who you are and where you are, the consequences will catch up with you and there is nowhere you can hide. That ought to inject more of a sense of urgency into people's decisions.