The mission creep of private equity

Stephan Schäli, CIO of Swiss private asset manager Partners Group, offers a highly suggestive summary of a house view regarding private and public markets. The gist is that the composition of public equity markets is shifting away from the broader “real” economy towards more speculative and opportunistic growth stocks. 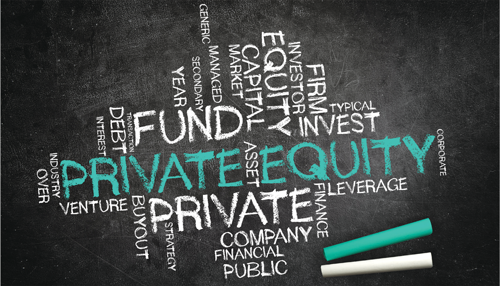 He cites statistics that 85% of IPOs in 1990 were for companies that had reported positive earnings, a figure which by 2020 had dropped to just 20%. As the link between the equity markets and the economy frayed with this change of focus, he says private markets are increasingly becoming more “traditional”, offering diversified exposure across industry sectors, and potentially to high-growth economic segments.

This perspective is concerning in two ways. One is that “traditional” is also increasingly descriptive of private equity’s performance. Leaving aside the controversy over the measurement of this performance and how much investors can actually hope to receive from their private equity commitments, there are plenty of indices of the current and near-term performance. Preqin’s recent report on the future of alternatives indicates that the asset class’s returns are in decline, offering less and less outperformance when compared to public markets.

The mission creep of many private equity houses into private debt, infrastructure and real estate, each being served up as the new outperformer, is an alarming sign that institutions getting less from the old private asset will simply, and unreflectively, buy up new private assets, with equally vague expectations of final returns.

This factors into the broader concern about trends in public markets – the retreat from fiduciary accountability in pursuit of yield.

Private equity was historically marketed as a high-risk asset, anything but traditional, especially when compared to the more predictable, transparent and regulated public markets. If investors like pension funds are now so yield-hungry that they are chasing higher-risk propositions in the public markets too, they are obviously putting the money entrusted to them at risk. And why would pension funds, whose fiduciary obligations are stricter than most, do that? The answer is often to make up for underfunding, the very thing that’s also driving them into private markets.

Pension underfunding is probably ultimately a political problem, to be solved by political means. It is not solvable by jacking up performance.

The public markets have historically been the arena of accountability. Private equity is identified by one thing above all – it’s private, therefore far less accountable. Pensioners should not be happy to see their funds moving into less and less accountable asset classes, while also taking a less and less responsible position in mainstream assets.