Value Partners Group Limited announced that Cheah Cheng Hye, its chairman and co-chief investment officer, has been conferred one of the highest civil honours in his home state of Penang, Malaysia. The honour, known as the Darjah Gemilang Pangkuan Negeri (DGPN), carries the honorific Datuk Seri. 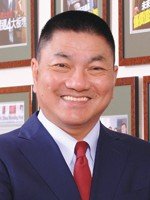 The DGPN honour was presented to Mr. Cheah at the official ceremony in Penang on August 13, 2016, in recognition of his achievements and contributions to Malaysia. Mr. Cheah was one of seven recipients of the state award this year. In 2013, he was conferred the Darjah Setia Pangkuan Negeri honour, which carries the honorific Datuk.

“I am deeply honoured to receive this memorable recognition from my home state of Penang,” he says.

Born into an ethnic Chinese family in 1954, Mr. Cheah began his career with local news daily The Star as a subeditor and editorial writer. In 1974, he left for Hong Kong to take up a job opportunity with the Hong Kong Standard, and became a correspondent for major publications including Asiaweek, Far Eastern Economic Review and the Wall Street Journal in later years.

In 1989 – at the age of 34 – the self-taught investor took up an offer from UK-based Morgan, Grenfell & Co to be its head of research and proprietary trader, where he pioneered the idea of conducting research on small- and medium-capital companies that were left out of the Hang Seng Index, which only dealt with 34 large companies.

In 1993, Mr. Cheah co-founded Value Partners alongside Hong Kong businessman V-Nee Yeh, and started its first investment fund – the Value Partners Classic Fund – which invests in Asia-Pacific stocks with a focus on Greater China. In 2007, Value Partners became the first value-investing fund-management company to be listed on the Hong Kong Stock Exchange.

In his personal capacity, Mr. Cheah is the deputy chairman and a founding member of the Malaysian Chamber of Commerce (Hong Kong and Macau), which has been actively promoting Malaysia – including the state of Penang – as an investment and tourism destination. He also actively donates to Malaysian charities and associations.

On top of his contributions to Malaysia, Mr. Cheah was appointed as a member of Hong Kong’s Financial Services Development Council (FSDC) in January 2015, following a two-year term as a member of its new business committee since 2013. He has also been a member of the Advisory Council of the HKUST (Hong Kong University of Science and Technology) Business School since June 2011.